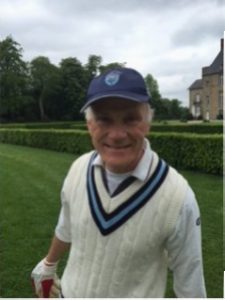 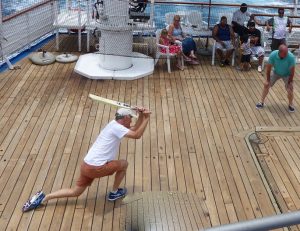 Left hand opening bat with all the style of his hero David Gower (well, maybe just the leg glance). Occasional bowler of Chinamen.

Lifelong member of the Club, and lifelong sentence as Treasurer.

required run-rate is 4.5454 per over” – Christopher Martin-Jenkins 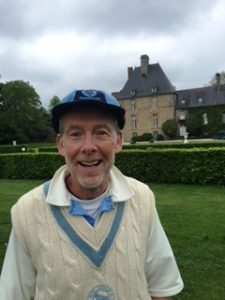 Batting style: rarely known to trouble the scorers…Highest score:  One half-century many years ago, that included being dropped on three occasions.Bowling style:  slow, becoming very slow, then agonisingly slow. Speciality:  off & leg-break, googly, plus flippers, mask & snorkel…… (all untrue)

“I’m all right when his arm comes over, but I’m out of form by the time the bloody ball gets here” – Fred Trueman on the slow bowling of Peter Sainsbury 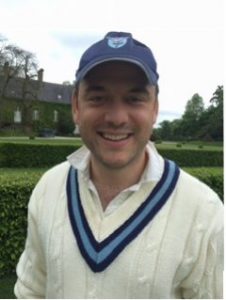 In his ‘youth’ he used to play cricket at quite a high level. He then found friendship and beers so now he plays for MCC and occasionally he gets some runs and has been known to win a few club cups.

For Mynthurst he made his debut circa 2002.

“That was a tremendous six: the ball was still in the air as it went over the boundary” – Fred Trueman

Ben is the “original” Mynthurst colt. His career at the club spans over 16 years and dates back to
his days of being shorter, fatter and more rosy-cheeked. Ben offers a bit with bat and ball and his RELATIVE athleticism means he is fairly highly regarded in the field. His “in game” personality, affectionately named Günter, adds a bit of aggression to even the most placid of Sunday afternoon friendlies! 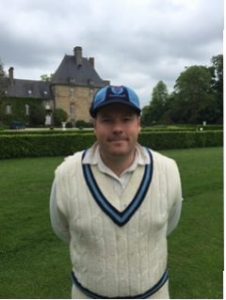 A bowling all-rounder. Combative although sometimes too competitive. My temper has calmed down with age as long as no one drops a catch or edges me through slip… enjoying captaincy as long as the fielders go where I want…

“I don’t ask my wife to face Michael Holding, so there’s no reason why I should be changing nappies” – Ian Botham 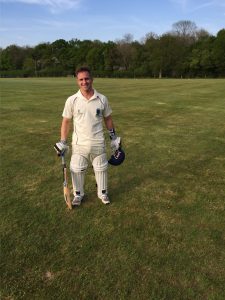 Preferably found behind the stumps. What I lack in cricketing skills I try to make up for with tenacity and “vocal encouragement” whilst on the pitch. I have been a member of the mighty Mynthurst CC since 2013 and play Twenty20 cricket for my works team. 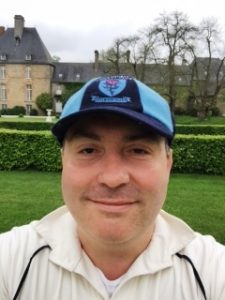 Played for Mynthurst since the club was established in 1999.Bowling: right-arm slow-medium. Previously highly effective moon-baller. 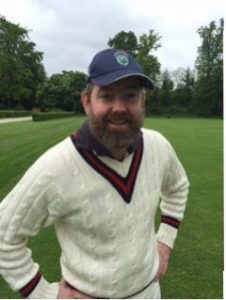 Played for South Hatch before the mighty Mynt in 1999. Has scored some wickets and taken some runs in a generally right handed fashion. Batting is becoming harder and the bowling slower, generally with a smile. The most popular person at the club. Famously was clubbed for 99 (NINETY NINE) runs off 9 (NINE) overs. Yes 99. As in 99 Red Balloons – the 1983 song by the German band Nena. Away from cricket Mikey enjoys baking, needlecraft and is a massive Status Quo fan. He is also a frequent visitor to Knockhatch Owl Sanctuary with a particular interest in the African Spotted Eagle Owl.

“Go on Hedley, you’ve got him in two minds, he doesn’t know whether to hit you for four or six” – Arthur Wood to Hedley Verity 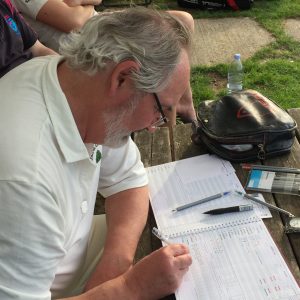 “How can you tell your wife you are just popping out to play a match and then not come back for five days?” – Rafa Benitez struggling to come to terms with Test cricket. 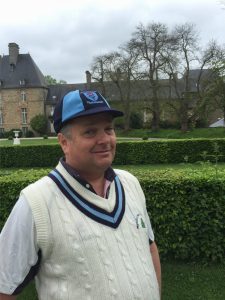 “Other than his mistakes, he hasn’t put a foot wrong.” Simon Hughes 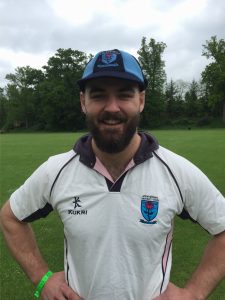 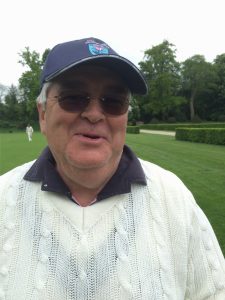 One of the founding members of Mynthurst after moving from South Hatch CC.
This son of the soil is a specialist in all things agricultural, a true advocate of the “haymaker” no matter what the bowling to cow corner.
Left handed bat usually at the end of the innings.
Best batting usually overseas. Right arm over bowler who can usually “tie” an end up. Can be found grazing in the slips.

Projapoti: A zero rotation slower or variation ball, which when bowled correctly, moves erratically in flight like a
butterfly. So named by the Bangladesh bowling coach Ian Pont & fielding coach Julien Fountain as Projapoti means butterfly in Bengali.  Based on the same aerodynamic principles as baseball’s knuckleball. 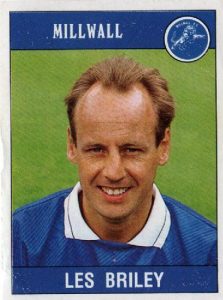 Les Briley is a English former footballer who played as a midfielder in the Football League for Hereford United, Wimbledon, Aldershot, Millwall and Brighton & Hove Albion. He began his career as an apprentice with Chelsea, without playing for the first team. He is currently Mynthurst Cricket Club’s Head Groundsman.